Leading through change and uncertainty

When Kenneth Baird was appointed interim President and Chief Executive Officer (CEO) of the Eastern Regional Health Authority on June 1, 2022, he immediately knew he was up to the task.

“CEO has always been a position to which I have aspired,” said Baird. “I come into the role at a time when there is considerable uncertainty. I am very grateful that the board has shown confidence in me and I feel an obligation to help give staff a sense of stability during these times.”

In April 2022, the Government of Newfoundland & Labrador announced its plans to integrate the four Regional Health Authorities. Eastern, Central, Western and Labrador-Grenfell Health regions will now fall under one provincial authority. The reason, it says, is to avoid duplication and provide consistency. The government hopes this will help address some of the issues facing the healthcare system in the province.

“Many of the challenges facing our healthcare system are part of a global phenomenon,” noted Baird. “It’s not just here. There is a global resource strain; the difficulties in recruiting technologists, physicians, and clinicians are happening everywhere. I hope to provide the necessary guidance and leadership to help the organization as it transitions toward our new provincial health authority.”

While Baird admits his role will be challenging, he says he feels confident he can help lead the organization through the change.

“It will be a challenge, but I have never been one to shy away from those,” said the interim CEO. “This won’t be about me as an individual, though. I have a wonderful team around me — each person an expert in their own right. Together, we will come out the other side of this with success.”

All paths led to here

Baird is a graduate of the X-Ray Technology Program (now called Medical Radiography) that was offered at one of College of the North Atlantic’s (CNA) predecessor institutions, College of Trades and Technology in St. John’s, NL.

It was an unfortunate tobogganing accident as a child that caused Baird to develop an interest in X-ray technology, he says.

“When I was in the third grade, I was out tobogganing,” he recalled. “At one point, as I was walking back up the hill, a group of four people on one toboggan were coming down the hill when they lost control and crashed into me. The accident left me with a broken leg, and I was in a cast for six months. My memories of having X-rays and having the cast cut off had an impression on me.”

Baird says he is very much science- and technology-oriented, and he loves process.  X-ray technology was very much in keeping with those elements of his personality.

However, he admits that the incident wasn’t the only factor that influenced his decision.

“After I graduated high school in 1977, I applied, and was accepted, to both CNA and Memorial University. Three years in college seemed much more appealing to my 16-year-old self than 10 years in med school,” he said, laughing.

Though Baird considers himself a Newfoundlander, he was born in Dundee, Scotland. His family moved to Canada in 1968 when he was seven years old. His father was a master mariner and took a job with Clarke Steamships, which was the parent company of Newfoundland Steamships at the time.

He spent most of his school years on the island portion of the province, progressing through Curtis Elementary, IG Sampson Junior High, and Bishop’s College, eventually enrolling in the X-ray Technology program at CNA.

Baird recollects many fond memories of his college experience.

“We were a very, very close group at the Topsail Road campus,” said Baird. “We all knew each other well and had excellent instructors. We enjoyed poking fun at them, and they at us. We had our jovial days and our serious days, but overall, I have a lot of fond memories of that time.”

He was even fortunate enough to meet his wife of 41 years while in the program. She was in the Medical Laboratory Technology program at the time.

His career in health care has taken him to many different places. When he first graduated as an X-ray technologist, career options were limited in St. John’s. He had the choice of working in rural Newfoundland or moving to Fort McMurray, Alberta. He decided that if he was going to move away from home, he wanted to move further than just a few hours away.

Baird worked in Fort McMurray for four months, eventually moving to Edmonton to work as an X-ray technologist there. During this time, he began to set his sights higher. He was promoted to an interventional technologist position, which involved more training, and he took on a supervisory role in quality assurance.

After working eight years in Edmonton, Baird happened to see an ad looking for someone to lead the X-ray department at the new Burin Peninsula Health Centre. That brought him and his wife back to the province.

“And that was that,” laughed Baird.

After spending over five years in Burin, Baird and his wife realized they wanted more opportunity for their two Newfoundland-born children. The family packed up and moved back to “the mainland” and settled in New Brunswick, where they spent the next 16 years.

“Ironically, since they completed all of their schooling there, our children think of New Brunswick as home, even though they were born in Newfoundland,” said Baird. “Same way I think of Newfoundland and Labrador as home.”

It was during his time in New Brunswick that Baird made the transition from frontline health care to health care administration. The year was 1991 and New Brunswick was implementing sweeping healthcare reforms to restructure the existing 33 health care boards in the province into eight consolidated Regional Health Authorities.

During the transition, Baird found himself competing for the Director of Diagnostic Imaging Services position at the Region 2 Hospital Corporation in Saint John. He was hired and remained in that position for two years. When a Vice President of Diagnostics position was created by the CEO, Baird was invited to assume that position.

“What I found really rewarding as an administrator was that I could have a much bigger impact on the system,” says Baird. “While I had less impact on direct care for individuals, the scope and impact were much bigger and broader, and I found a lot of intrinsic reward in that.”

When asked what factors have led to his success, Baird credits continuous lifelong learning.

“I have always sought opportunities to improve my skillset and advance my education,” said Baird. “This is why I have jumped across the country several times to build my career.”

He says he would offer the very same advice to new CNA graduates.

“No matter what field they choose, I would encourage people to be open to opportunity. The opportunity may not be what you had expected or what you would like it to be, but it’s important to be open to what presents itself to you. Seize those opportunities and you will grow and flourish in your field.” 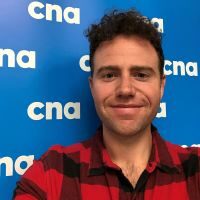 Chad Harnett
Chad was born and raised in Stephenville, NL and holds a degree in public relations from Mount Royal University in Calgary. He is also a CNA alumnus and has over 15 years combined experience in the fields of communications and education.
Share
Facebook
Twitter
Pinterest
Linkedin

Last month, we held a mail-out contest to help clean up our alumni data. Alumni who met specific criteria were given a chance to win a Dyson vacuum. Congratulations to our winner, Marie, and thank you to everyone who entered and helped clean up our data! #collegeyourway #MyCNA

By Minal Abhange Liam O’Brien can hardly be described as a fish out of water. In fact, the Office Administration student considers swimming a passion...

Where and when were you born? I was born in a government-run hospital in Stephenville Crossing, NL, on Friday, August 12, 1960. I make note...

Making sure it all adds up

CNA instructor advocating for others

From dream to reality